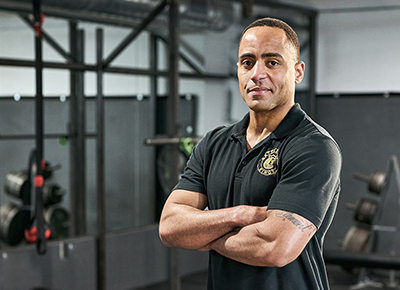 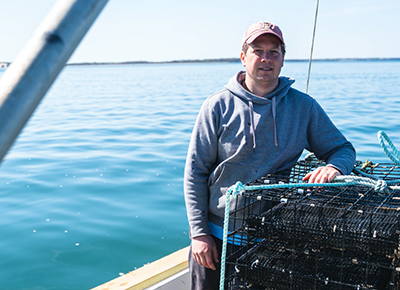 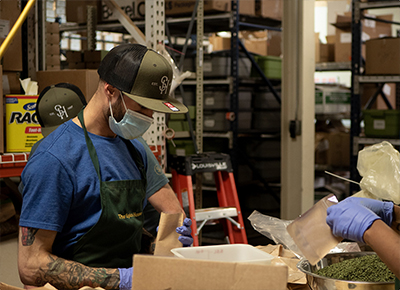 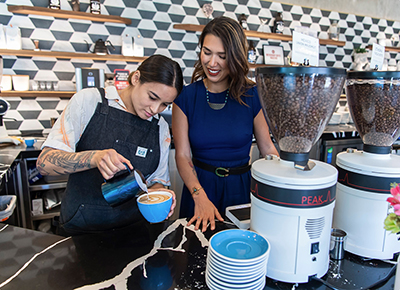 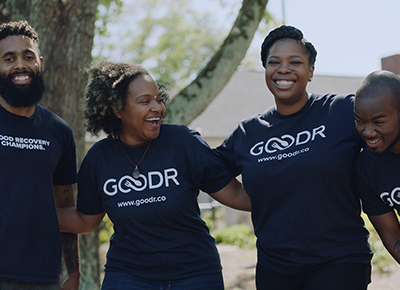 “It is precisely because we had invested in Google Ads and Analytics ahead of time that we were able to do this. If we didn't have that data, we’d just be spending more money and getting less results.”

Business owners who feel empowered by digital tools have projected less loss of revenue as a result of the COVID crisis, than those who did not. They are also 4.5X more likely (9% vs. 2%) to project a revenue increase.

Over 80% of small business owners are interested in learning more about how to use digital tools to help their business move forward.

Kettlebell Kings is the brainchild of three friends—Jay Perkins, Nehemiah Heard, and Chad Price—who wanted to build a company that would bring people together and make them happier and healthier.

Their company focuses primarily on selling kettlebells directly to customers over the web, but has turned toward the sale of digital products like at-home workout programs and online training sessions. Chad believes this shift helped Kettlebell Kings stand out before the COVID-19 crisis, and helped the company thrive throughout it. It has also been key to helping their customers stay healthy at home.

With a full suite of online marketing and logistics tools, including Google Ads and Google Analytics, and an active presence—and loyal customer base—in kettlebell-related forums on social platforms like Facebook, Twitter, and Reddit, Kettlebell Kings has focused from the start on using digital solutions to grow. It now has an infrastructure of tools that work together to handle everything from customer experience to inventory management.

Kettlebell Kings was initially hit by the COVID-19 crisis as the disease’s global spread caused supply chain disruptions. Then, nearly overnight, everything changed. Domestic quarantine announcements led to a surge of interest in home fitness products, and Kettlebell Kings found itself facing a massive volume of sales. This would have overwhelmed many small businesses—but not this digitally connected company. Kettlebell Kings processed more sales in one day than it typically would have done over the course of months. Nearly every piece of inventory sold out. “It was just one of the craziest spikes in velocity that we’ve ever seen,” Chad says. “But it was also surprisingly easy for us to go from, say, 10 orders a day up to 500, because it was just a matter of pushing another button on the computer, rather than having to implement an entire new process.”

Kettlebell Kings processed more sales in one day than it would typically do over the course of months. Nearly every single piece of inventory sold out. 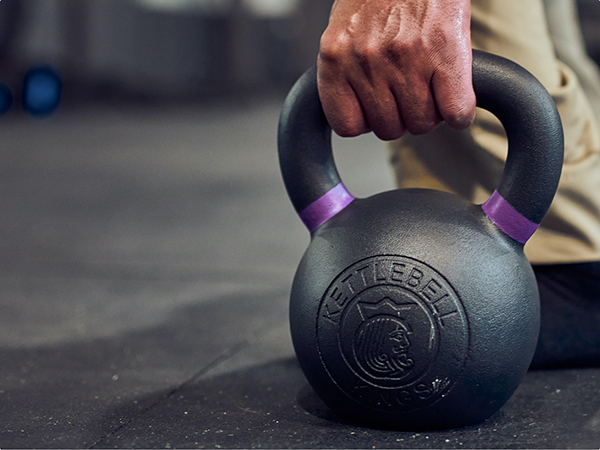 This also freed up Kettlebell Kings’ leadership to focus on other challenges—and opportunities. The company had been moving into the live events space and planned to hold several events with major gyms across the country when the pandemic hit. With live in-person events on hold, the company decided to lean even more into its digital offerings by shifting dollars from an advertising budget they clearly no longer needed. Thanks to analytics that helped the company understand what customers needed and how to improve its digital offerings accordingly, those decisions were made easier and more profitable. “It is precisely because we had invested in Google Ads and Analytics ahead of time that we were able to do this,” Chad says. “If we didn't have that data, we’d just be spending more money and getting less results. We’d be throwing it into the abyss.”

These improved digital products are now helping advance an overall shift in fitness culture—one that Chad thinks is long overdue. “You don’t need a full gym for a full-body workout, you just need a kettlebell and a smartphone,” Chad argues. “More Americans are now embracing this, and I think that’s a good thing—for their wallets and for the health of our country in general.” As Kettlebell Kings looks to the future, the company plans to expand their digital offerings. It’s also set to expand the type of digital infrastructure that helped it weather the storm—and make its customers happier and healthier as a result.

When the crisis closed this company’s doors, digital tools opened others. From increased online sales to the creation of a whole new online community, this company recovered its losses and turned a profit thanks to its digital strategy.

Business skidded to an abrupt halt for this company when restaurants shuddered. Using digital tools, the company reinvented itself overnight with ‘door-to-door’ direct online sales to its customers.

From shifting brick-and-mortar operations online to employing laid off restaurant workers, this digitally connected company overcame several hurdles while helping out colleagues in a struggling industry.

Using a well-honed digital platform that diverts surplus food to the hungry, this company created a whole new process—in the midst of the crisis—to connect grocery donations to struggling families.

Sign up to be the first to receive our reports and findings.

Thank you for subscribing.

You can see the full report here